FIND ME at IMTS  AUSTIN SCHMIDT 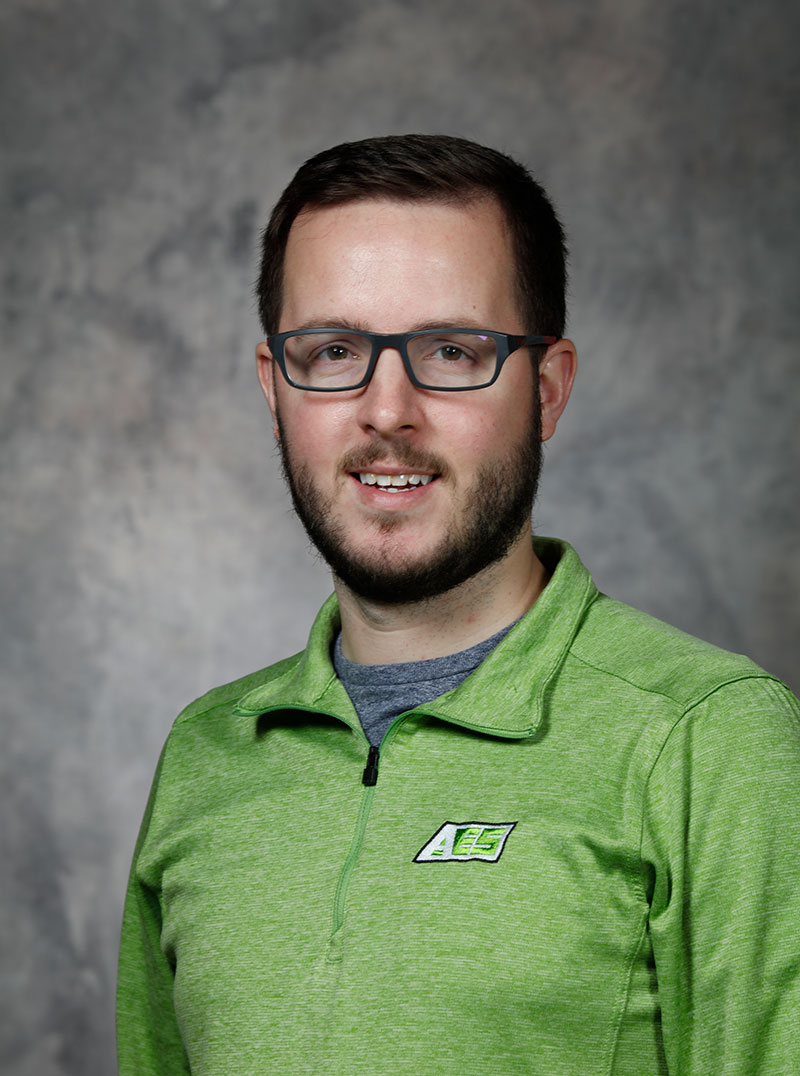 AMT's Emerging Technology Center at IMTS 2014 stopped Austin Schmidt dead in his tracks. The sight of a 6-ft x 12-ft Cincinnati Big Area Additive Manufacturing (BAAM) system printing the Strati vehicle enthralled him. Developed in cooperation with the Local Motors and the Manufacturing Demonstration Facility (MDF) at Oak Ridge National Laboratory (ORNL), the Strati was printed from carbon fiber-reinforced ABS composite in its entirety during the six-day show, driving off the floor and into history.

Up to that point, Schmidt had tinkered with desktop 3D printers at home and saw the potential to bring more additive technology into his design for manufacturing role at Caterpillar. However, the BAAM system inspired him to think bigger.

I hadn't seen anything like that before,” Schmidt says. “IMTS 2014 unveiled large-scale AM printers to the world, and I knew immediately I wanted to get one.”

During his one-day visit at IMTS 2014, Schmidt returned to the Strati demo four times to check its progress. Sidebar: See AMT's video of the Strati at IMTS 2014.

The next day, Schmidt told his boss about all the interesting things he saw at IMTS, including the large 3D printer. They talked about what they could do with such a printer. They took a trip to ORNL to test print a 2,000-lb., 18-ft. weldment for a Caterpillar, which took one day to set up and 48 hours to print, which was very fast compared to traditional manufacturing methods.

The team was blown away, Schmidt notes. We couldn't believe the size of it and how fast it was printed. That's when I fell in love with large-format 3D printing.

Schmidt spoke with ORNL about starting production on their large parts but learned that no company was doing large-scale parts printing at the time. In fact, other OEMs had approached ORNL about the same need over the last year, so there was clearly a growing interest.

Seeing a once-in-a-lifetime opportunity, Schmidt co-founded his own business, Additive Engineering Solutions (AES) in Akron, Ohio, the first contract manufacturer of large-scale 3D parts. He ordered his first Cincinnati BAAM in the summer of 2016.

Eight months later, AES printed its first part, a thermoplastic underwing fairing tool for an airplane. Today, 70% of AES' business is printing molds and tools for the commercial and defense aerospace industries, as well as concrete construction forms. It can print molds to near-net shape in as little as 10 hours, then complete them with as little as 30 hours of machining. The company grew by 100% in 2021 and expects aggressive growth to continue.

One of Schmidt's proudest accomplishments was printing 20 concrete forms used to renovate a sugar refinery into an 11-acre mixed-use development in Brooklyn, New York.

When we're making the concrete molds here, we know they're going to make concrete parts on a building that's going to be around for a hundred years, Schmidt says. In 30 years, I can go to New York City with my kids and say, ‘Hey, look, I helped make that building.’ That's definitely the most rewarding part about manufacturing.

I've lived with this technology for five-and-a-half years, so sometimes I forget how cool it is,” Schmidt admits. “When people who haven't been here before see three large-scale printers working at the same time, their jaws hit the floor.”

At IMTS 2022, Schmidt plans to attend the Additive Manufacturing Conference, which is co-located with IMTS, to do some networking and stay abreast of the new additive technology. Plus, he will be on the show floor shopping for a new machining center.

Seeing the machines in person and talking to everyone is a huge value to us, Schmidt says. Instead of scheduling a bunch of visits to go different vendors, I can visit 10 different booths at IMTS and get all the information that I need.

To take the first step toward finding additive manufacturing and other solutions, register for IMTS 2022 and book your hotel stay now.