FIND ME at IMTS  MACK LOUGHLIN 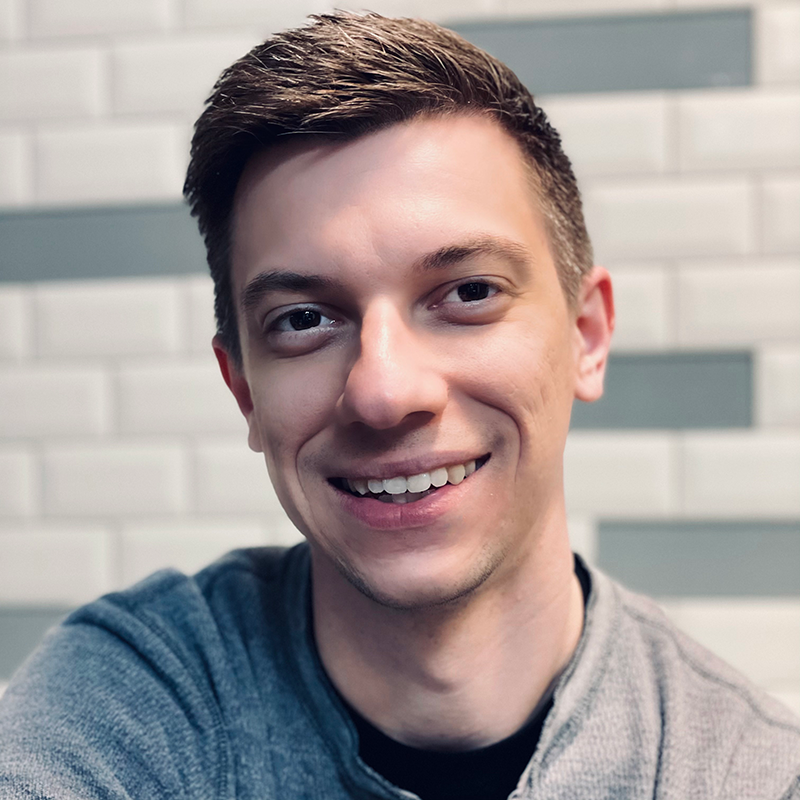 Machinist Mack Loughlin visited IMTS for the first time in 2018. He thought he'd visit for a day, but he stayed for a week. Find out why.

Spend More to Save Money

When Hanover, Penn., shop Jacobs Tool & Manufacturing was founded in 1999, machinist Mackinzie Mack Loughlin was still playing with Legos. It wasn't until high school, when Loughlin started working at Jacobs Tool as a summer intern, that he learned just how much his penchant for making stuff with my hands would facilitate his career in machining precision parts. Twelve years later, he wears many hats at the company, covering machining, management tasks, and programming.

From transportation to food to medical to energy and even space, Jacobs Tool can make just about any individual part to completion.

We have one company that we do work for that makes basic storage systems for compressed gases and liquids used in space. We make tooling for their shop floor as well as some contract manufacturing for components,” says Loughlin. “It's a cool thing to know that there are parts in space we've had our hands on.”

Loughlin has learned more about machining than most in just over a decade, specifically when it comes to the relationship between tool and part costs. While his experience has served him well, he notes that Tim Lipton's Metalworking Sink or Swim: Tips and Tricks for Machinists, Welders and Fabricators had a big impact on him when he first got into programming.

There are many important lessons in the book, Loughlin says. One that I took away was that it's more important to dial in the programming for cycle time versus tool life, because the cycle time will pay off more.

The cycle time rule has stayed with him, including during his first IMTS in 2018.

We were introduced to some higher-performance carbide toolmakers at the show, and we started using them,” Loughlin says. “It cost more, but it made a night and day difference to our cycle times.”

Loughlin stopped at Gorilla Mill's booth (IMTS booth: 432446) and described some challenges Jacobs Tool was having with a stainless part. He also connected with other providers of tooling, workholding, and coolant throughout the Tooling & Workholding Pavilion. After returning home, he worked with Gorilla Mill dial-in parameters.

We were using generic standard carbide cutting tools and generic work holding with a cycle time of about 13 minutes, Loughlin says. We worked with Gorilla Mill to apply its four-flute rougher-finisher for a slotting application, as well as its seven-flute finisher for profiling. We also deployed an Iscar Metals (IMTS booth: 431522) indexable end mill and Mitee-Bite Products (IMTS booth: 431556) workholding to reduce the number of operations. In total, all the changes reduced our cycle time to less than six minutes.

In addition, Jacobs was running high-speed steel cutters in a full-engagement slotting application for a stainless-steel job. The shop made the switch to solid carbide rougher-finishers from Gorilla Mill and reduced the cycle time by a full minute while maintaining tool life. Even though the new end mill was about twice the cost, the reduced cycle time more than made up for it.

Loughlin is hesitant to give any one company credit, because the bigger breakthrough was understanding the positive impact of higher-performance tools. It's difficult to associate saving money with spending five or six times more on tooling, even for someone as cost-savvy and experienced as Loughlin.

The biggest thing that came out of IMTS was having conversations with different applications engineers at high-performance tool companies and hearing them say, ‘Yes, you absolutely can run 120 inches per minute with this material, even though you were previously running 10 inches per minute,’” Loughlin says. “It's mind-boggling unless you're hearing it directly from the maker of the tool.”

The under-appreciated relationship between tooling cost and cycle time cost led Loughlin to start his own internal cost analysis project. The frequency with which he referred to the original Excel spreadsheet prompted him to upgrade to a free web application, ToolCostCalc.com, so others could access their own analyses.

Loughlin runs the numbers directly on his Tool Cost Calc to make sure all variables are considered. So far Jacobs Tool is coming out ahead.

We can translate results into controlling our internal costs or increasing service to our customers. Loughlin says. It's the same benefit, but the outcome is a little bit different.

Loughlin gives away his calculator. To help defray the costs for his efforts, he sells a decimal/drill/tap/metric conversion chart to help purchasers and programmers better understand the relationship between tool cost and cycle time cost. The durable plastic poster is available at ToolCostCalc.com for $25.

While Tool Cost Calc is still in its youth, Loughlin sees great benefits in reaching out to manufacturers and tooling distributors for face-to-face discussions and demonstrations. It's not his day job, but he's received constructive feedback from loyal users and looks forward to helping others achieve the same cost breakthroughs that he has at Jacobs Tool.

COVID made it hard to have face-to-face conversations, but I hope to take more time to physically visit places to figure out how the Tool Cost Calc can benefit them, Loughlin says. I've been thinking about trying to get exposure by working with others, because it's important for our industry.

Going to IMTS not only exposed Loughlin to new products and technologies, but face-to-face contact at the show gave him confidence in his own applications.

When you have someone right there to explain why something is better, how it's better and what they can do if it doesn't work the way they say, that gives you confidence and a willingness to try something new, he says.

Loughlin only intended to visit IMTS for a day or two. He stayed the whole week. He brought back new ideas for the shop, and Jacobs' extensive application of technology gives him the incentive to try new things.

Companies at IMTS are constantly coming up with new ways of doing things, new tooling, new workholding,” Loughlin says. “The technology is there for everyone. You can find it at IMTS, but then you need to run with it.”

As a machinist, a good day in the shop happens when Loughlin solves a challenging part problem. Process engineering is a passion, so if Jacobs gets a part that isn't performing as needed, or a customer has new demands for the part, Loughlin revels in retooling or figuring out a new way to make something.

When we solve the problem and can nail down a process, that's a great day.

Gain ideas to solve some of your challenges at IMTS 2022.