FIND ME at IMTS  Andrew Crowe 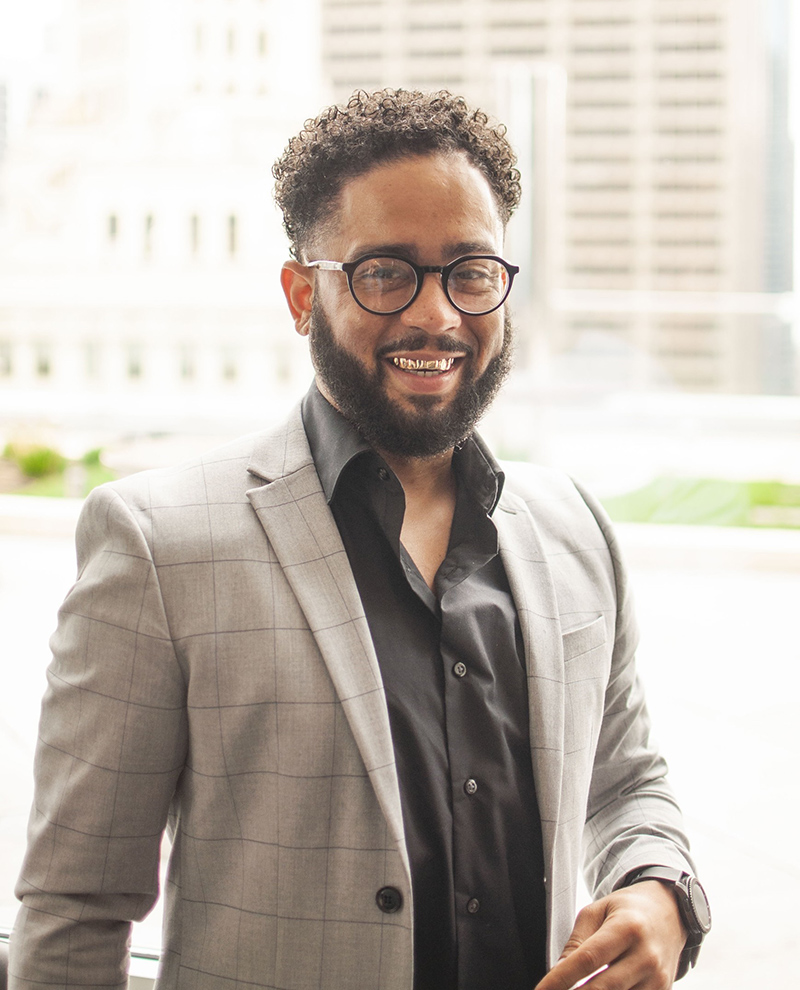 Andrew Crowe preaches the gospel of modern manufacturing. The revival tent of his speaking national tour, The New American Manufacturing Renaissance Tour, is big and welcoming. Crowe's words elevate your spirit as he brings awareness of the skills gap within the manufacturing sector to attract, diversify, recruit, and retain the next generation workforce.

I speak for all of the youth and job seekers needing a career that will help them excel in life, he said in a recent Forbes article. American manufacturing is the way to bring America back. Whether you're all about Build Back Better or MAGA, you can do both with American manufacturing. It's not a partisan thing. I want to bring awareness to the communities who need a strong manufacturing presence and help them to bring it back.

Crowe was recently an instructor of advanced manufacturing technology at Ranken Technical College at the campus in St. Louis, his hometown. As a youth, football came easy in high school and college, and he was a fair student. But like many urban kids, he followed the flash of drugs and paid for it with time served. With a desire to be better and be there for his son – coupled with incredible persistence and an opportunity to run a CNC – Crowe changed the arc of his life.

From machinist to instructor to an MBA at Northern Illinois University, Crowe's background and passion enable him to appeal to all audiences. His message is all about elevating yourself and others. The sense of greater possibilities becomes palpable in his presence.

IMTS is sponsoring the New American Manufacturing Renaissance Tour and bringing Crowe to engage with audiences at IMTS. We recently had a chance to catch up with Crowe, and here are seven messages from our conversation, shared in his own words.

My classes at Ranken were split between city kids and rural kids, with a sprinkle of suburban kids. The suburban students may have had a well-funded manufacturing or machining program and access to equipment, computers, and CAD-CAM software. However, the majority of students are rural kids and kids from the hood without those tools. When classes started, I loved to see the kids from the hood look at the rural kids like there's going to be a problem. But by week three of class, those kids became friends. The reason for this is that the kid from the hood and the kid from rural Missouri suffer through a lot of the same things to get here. Once a kid realizes that his ghetto struggles can be found in rural places, these kids start to identify with each other and lift each other up. It may have been a different road, but the walk has been the same.

I had two kids who come to mind. I'll call them Ashton from rural Missouri and Jamal from the hood. Ashton, who had lived in a dumpster with his little brother, would push Jamal and vice versa. They would remind each other that they weren't going back to the dumpster or the hood. That showed me this universal message of how manufacturing lifts us up and brings us together, in America and the classroom.

Message #2:
Be the change

The established social hierarchy and approved culture in some shop environments makes it difficult for someone new to come in, especially someone from a different background and who needs help with soft skills. Also, nepotism is real, and it hurts American manufacturing in terms of diversity and culture.

Today's human resources manager needs a much greater understanding of how to create a positive culture and integrate people from different backgrounds. Racist and sexist language is often thrown around, but HR and shop management doesn't or can't fix it because it's always been that way. That sends the message to the rest of the shop that this type of culture is OK. The only way to break that cycle is by retraining and updating HR policies, even in a mom-and-pop shop. It empowers everyone. Chances are, there are many people who already feel that things aren't quite right. Shown some leadership, they may be more comfortable speaking up when a situation arises, even if just to tell a coworker That comment is not cool.

The truth is that we need as many people as possible to come into this industry. Unfortunately, people will forego good paying manufacturing jobs if there is a more comfortable work environment that pays less and has less room for growth. We need to treat people right. You can do that by reaching out to the new guy and teaching him something.

We update everything in our lives, our homes, phones, TVs, vehicles. Unfortunately, we don't update our technology in shop programs in schools, and shops don't want to update their processes where they can hedge for what kids aren't getting taught in schools. On the flip side, if I go buy a 3D printer, a CNC, and seats for Mastercam (who is one of the tour sponsors!), I probably won't find anyone to teach it. The industry must support the community and schools, and in turn, the industry will get the support of the people.

Just as important, if not more, our industry has a terrible history with relinquishing its own training programs as a consequence of workers bouncing around. Nobody wants to pay for training because they don't want people to leave after getting trained. That mentality hurts everyone. Workers bounce around because another company's culture meets their needs a little better; it's not about your training program. If everyone in the region committed to training, then we would all draw equally from the same pool as our time or work justifies.

Message #4:
A trade school keeps you focused on a future path

Many young people get priced out of four-year universities. They should go to a trade school to figure out what they might be good at and pick up a skill that pays them forever. Maybe I want to be a writer, but it makes sense for me to learn a trade so that I can pay for that English degree. I knew how to study, but I didn't find my love for reading or writing until I could afford my own books. But the thing that got me there was the trade I learned. Entrepreneurship is also a big driver. I talk to the kids, and they want to work for five or ten years, then have their own company.

As an industry, we need to be more visible, so people understand what manufacturers are and what they look like. We've got to push more content, or at least find the people that are putting content out there and get behind them. It's going to help the trade schools, job shops, and all the people who need talent when we do get a big push back to the trade schools.

The F word – felon – makes people uncomfortable, but speaking from experience, felons might be your hardest workers because they have something to lose. Community resources such as the Urban League provide insurance for felons and resources for retraining and back to work programs in areas including manufacturing. These resources provide vetting and extensive background checks and often make sure they are skilled. Even if they're not fully skilled, they'll have soft skills. You just have to hire them.

Shop owners need to understand that people who have been incarcerated and reformed don't want to go back to the same destructive environment that landed them in jail. If you know someone whose back is against the wall, let them know that manufacturing will give them room to breathe, as well as money to pay restitution.

Manufacturing gives you the opportunity to use your brain all day long. I reach out to kids by telling them that they'll get to think about things other than what's happening on the streets. There's overtime so you can often make as much money as you want. When you're focusing on making a part with really tight tolerances, it keeps you off the streets and keeps you from making those bad decisions.

Even better, making great parts helps you begin to feel like a member of society. Manufacturing restores your sense of purpose. When I was working for a company that makes aerospace parts for the Department of Defense, I felt like I was part of protecting this country. I wanted to show up and be on time because what I was doing mattered. I had a purpose and some integrity.

Going to IMTS allows you to see so many possibilities and understand where you might fit in. A lot of people don't know what they want to be when they're 14, but they may have thought of three things they could see themselves doing. If we catch people when they're 10 or 11 and interject another option, now they might be considering being a football player, a rock star and a machinist. When we're introduced to something and believe in it as a possibility and see ourselves thriving in it, that's huge. The sky is the limit at IMTS.

IMTS is a sponsor of the NAMR Tour. Andrew is headed to IMTS 2022, where he will speak at the workforce panel as part of the Job Shops Workshop – Day 1, September 12, and on the IMTS+ Main Stage Tuesday, September 13 at 2 p.m., at the IMTS Student Summit, and he will also engage in live IMTS+ interviews.