FIND IT at IMTS  HYBRID MANUFACTURING 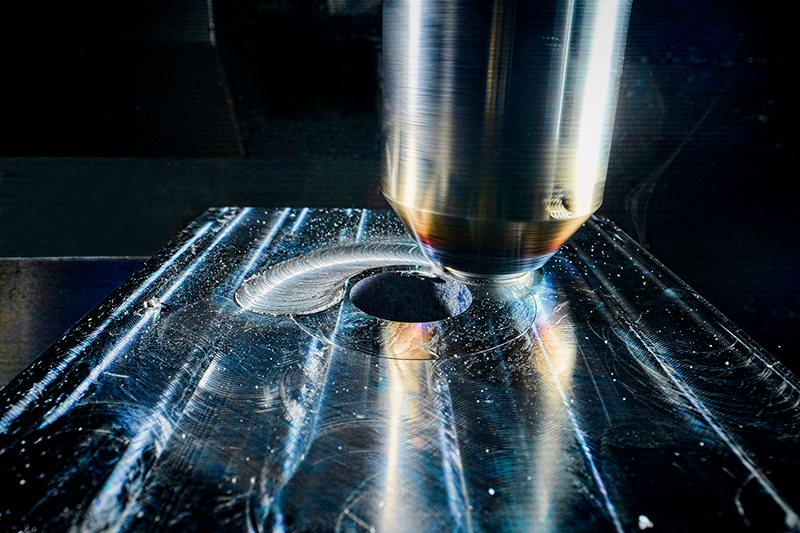 Hybrid Manufacturing Turns Design Inside Out

Traditional manufacturing starts with a solid block of metal. Manufacturers think about how to mill, turn, grind, and polish the part, move the part to the next manufacturing step, create subassemblies, and bring parts together. Each activity occurs in distinct processing areas. Hybrid manufacturing disrupts that workflow.

Instead of designing products from outside-in, we can design from the inside-out, such as by sealing seam and then milling features. That's really a paradigm shift in the way engineers think, says Dale Fleck, general manager, Mazak MegaStir (IMTS booth: 338300).

Instead of using a stand-alone FSW system, which may have lower utilization rates, Mazak offers an alternative with its VTC-300c hybrid system, which offers everything users expect from a three-axis CNC, except that its powerful 40-taper spindle also accepts FSW tools. Instead of multiple workstations, some parts can be “done in one.” This removes the time and labor associated with moving parts between machining and welding stations. It also removes potential sources of error, such as losing zero due to refixturing.

HMT has proven its hybrid technology with industry leaders such as Mazak, ROMI, Mitsui Seiki, Sugino, and Tongtai. Originally the company debuted AMBIT™ FLEX platform for LMD designed to fit into a standard (CAT 40, HSK, etc.) tool holder for easy integration. In the subsequent years, HMT has released a vast array of product offerings including but not limited to melt pool monitoring, various modes of inspection and polymer extrusion – all of which can be custom designed to fit any CNC, robot, or gantry – further expanding the “done-on-one machine” concept.

To discover how hybrid technology can bring more innovation to your manufacturing environment, register for IMTS 2022 and book your hotel now. IMTS 2022 runs from Sept. 12-17 at Chicago's McCormick Place.