Follow Sean Delaney as he completes a three-year advanced manufacturing apprenticeship with support from IMTS –The International Manufacturing Technology Show. Discover what he’s learning—and how it will lead to earning in the Apprentice Blog. #imtsapprentice.

IMTS recently launched the Apprentice Blog, written by 18-year-old Sean Delaney as he progresses through an apprenticeship in advanced manufacturing. Whether he is on the job using a manual lathe and a manual milling machine or in the classroom studying math and engineering communication, readers can follow Sean’s journey and glimpse the future of manufacturing.

Sean’s transformation from reluctant student to enthusiastic apprentice began at a pub in Sheffield, England. It was there that he happened to meet Adrain Allen, the co-founder of the University of Sheffield’s Advanced Manufacturing Research Centre (AMRC).

At the time, Sean was attending school and preparing for higher education, but he immediately knew that an apprenticeship was the right path for him. “It’s not that I don’t like classroom work,” he explained. “I can do it, but not five days a week. I want to be doing something hands-on too.” 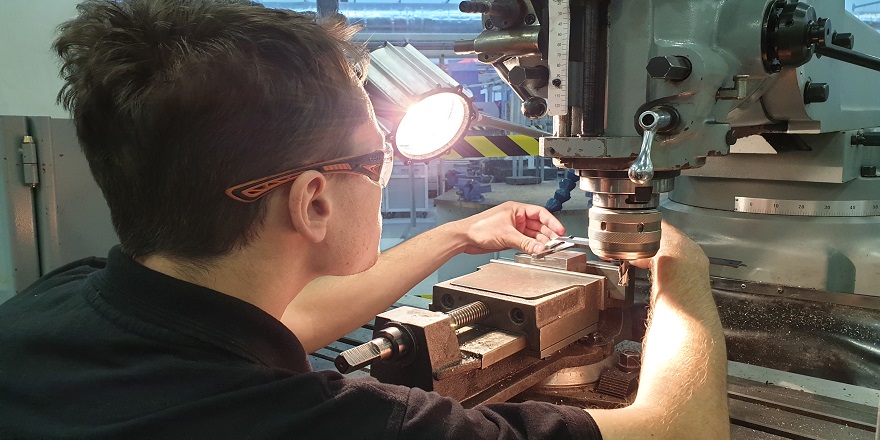 Through a highly competitive process, Sean was chosen for an apprenticeship with AMRC and was later selected as the first apprentice to be sponsored by IMTS - The International Manufacturing Technology Show.

Over the next 36 months, Sean will balance a hybrid of practical on-the-job training, academic study, and full-time employment at AMRC. He will learn, and he will earn. Most importantly, Sean will develop the skills that advanced manufacturers need.

“I’m learning how to use CNC machines and tools to cut, drill, and finish components,” Sean concluded after just a few weeks in the program. “They’ve thrown us straight in, which I think is really good because I like to be challenged.”

November 19: Learn about Sean’s coursework and training.
November 26: Join Sean as he applies his new skills on the machines.

The End of the Rainbow - Manufacturing Technology in the 2020s

Update on Export Controls and Sanctions

Could bans on phenol, isopropylated, phosphate impact you?